New seats for my sim 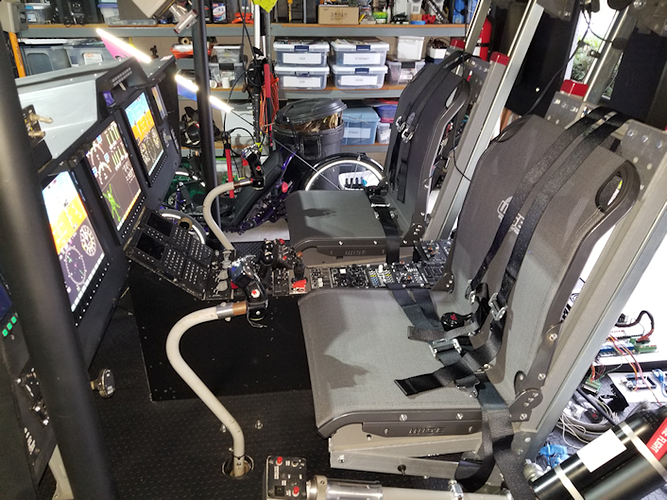 What model are you building for?

Where didyou get those seats from?

It is loosely based on the Navy SH-2H SeaSprite anti-submarine helo. All the avionics and flight hardware (collective, cyclic, pedals, etc) are from an SH-2G model.

The glass cockpit is my design based upon projected refinements that Kaman was going to make to the existing steam gauge cockpit prior to the helicopter production shutting down several years ago. I am using the UH-60L helo flight model simply because it was the most complete I could find for a twin turbine military helicopter running under P3D. Almost all avionics will be my own code design. I’ve thought about switching over to X-Plane, but I have so much invested in knowledge with P3D that I will stay with it for a while. Hoping that MSFS2020 eventually will be simulator ready in a year or two. But only because of the out the window graphics.
Jim