First of all, thank you! I appreciate your interest in my work.

The persistence script runs when you unload the helicopter or shut down the sim. At that point your settings are written to the file and saved. The only way this would not be working is if developer reloads, under the developer tab, are being used, crashing the sim or shutting down improperly. I’m not sure what your issue is there or if there is a corrupted file but the script works otherwise. Try testing this out by setting up your clipboard the way you like and then loading a different heli/plane. Jump back into the 222, your settings will be saved. Just the same for shutting down the sim properly.

If you want to see everything working in action while in VR then watch some Youtube videos. Here is one that will get you up and running 100%. Mr BelGeode knows his sims very well. The video and version are kind of outdated now but you might learn something.

We just made a start up tutorial recently here as well: 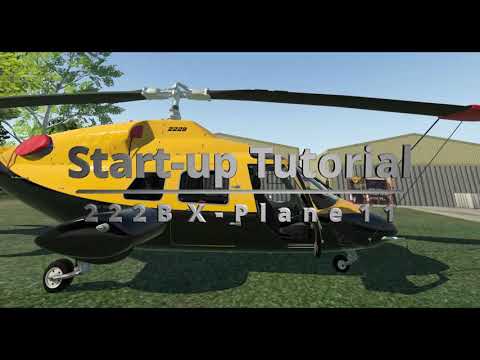 I will be making a video on the manipulators since so many people cannot figure them out. The two switches you speak of do work just fine. The learning curve is how you move your wrist. Simply grab the switch with your VR controller and rock your hand, or twist your wrist, the exact same way the switch would move in real life. Since they are two way switches you cannot just point and click them. The man that crafted the VR settings always flies in VR and everything is in working order.

If you’re talking about the cyclic manipulator and using the controllers to grab cyclic and collective instead of using a joystick then yes. The same man that created the VR config file for me has a tutorial on the yoke_manip_rotate params. This won’t be changed by us since tuning preferences vary wildly. But in the future some in depth VR tool plugins are possibly something I will develop to be used with all aircraft.

I hope that all points you in the right direction and you get it figured out.

Thanks and have fun,

Can you give me a quick tutorial about the Trim/Force Trim. How it is set up and how it works, I’m kinda struggling with it. I seem to pitch nose up aggressively a lot.

@Cutlass72 check this out…