From what I know the 222B & UT are dual 684 shp engines. Meanwhile I can see the engine power per engine rise above 900 shp at times. The climb rate at max weight seems to exceed spec too.
Looking into planemaker, it seems that the power set is exactly the total of both engines. Meanwhile, I have seen other developers only mention the power per engine… So I kinda got confused.
Any idea?

When you get to 900SHP, what’s your N1 speed look like? I’m wondering if you have to exceed the continuous operating limits to get that far

Thanks for your reply. See this 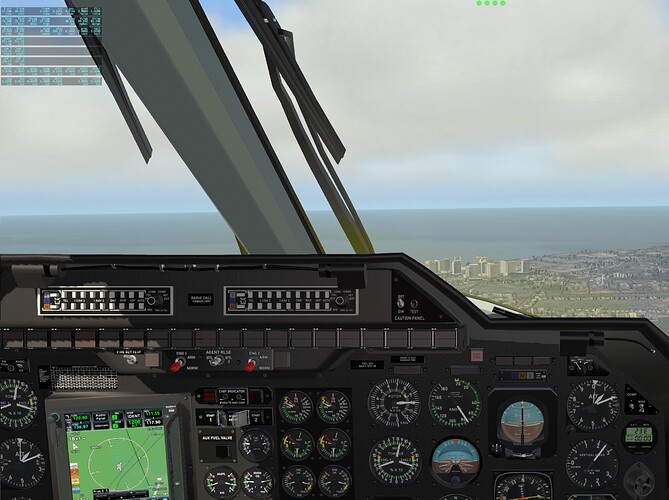 I think it’s just how the developer had to model the engines to get the required performance through the majority of flight regimes. Since it’s a sim and the sim is imperfect, there’s bound to be a few edge cases where the sim aircraft will under- or over-perform compared to the real thing. I wouldn’t put too much stock in the dataref readout, it’s just there for X-Plane’s internal calculations.

I understand small adjustments to power to be done to achieve some fine tuning. Meanwhile the power used is exactly double the power. I am pretty sure the dev. knows what he is doing. I am just curious because it is the only aircraft I have seen like that

@Blaser @lonespace is exactly correct about not putting too much stock into what you’re looking into. Tinkering is fun but those numbers wont help you. Real world numbers never worked from the beginning. What plane maker and datarefs read may differ from animations. Trust your instruments, the animated ones. Even those are tweaked since it’s nearly impossible to get 100% right.

As far as the “prop engine” specs you’re peaking at in plane maker… The horsepower is exactly double, yes. Think of it as one engine and prop pointing upward. I know there are two engines in the helicopters but this is not how “plane” maker works. If there were two “engines” then there would be two “props”. So the horsepower is combined into the one “prop”.

Don’t over think it.

Hope that helps and thanks,

Thank you! A great aircraft indeed and lots of fun!

@Blaser you’re welcome and happy you enjoy it!